This article is to introduce some methods to convert Microsoft Office documents to other commonly used file formats using docPrint Document Converter. The docPrint Document Converter is a file conversion application that supports to convert files between two of the frequently used formats. Here will show some examples of converting documents of Microsoft Office Word, Excel and PowerPoint to pdf format.

Firstly, you need to download and install the application. After finishing the installation, you will see two new printers added to your Windows system as shown in the following picture.

The two printers named “docPrint” and “docPrint PDF Driver” presented in the snapshot are newly installed by docPrint Document Converter.

The following steps will guide you to convert a Microsoft Office document of doc to pdf format.

1, Open the document with Microsoft Office Word and edit it to meet your demand.

3, Select the “docPrint PDF Driver” in the combo box of printer and press “OK” button in the “Print” popup dialog window as presented in the following snapshot. 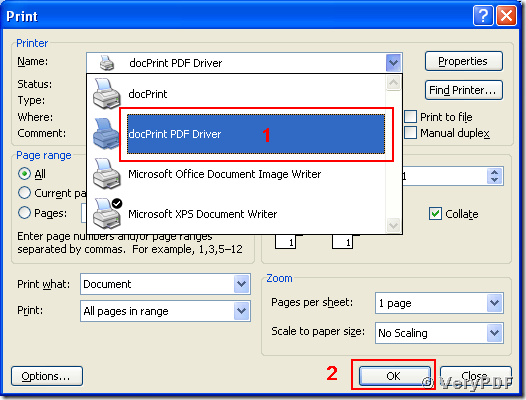 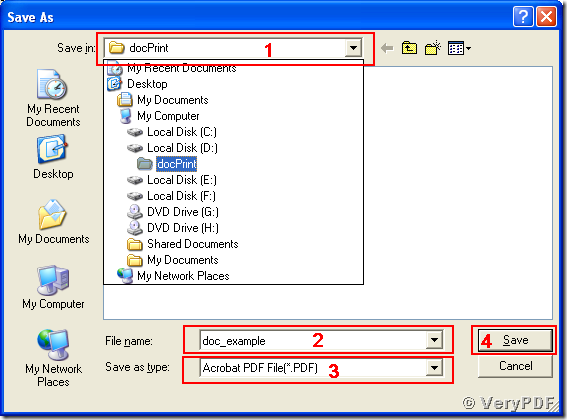 Your document in doc format has been converted to pdf via the four steps. The following snapshot shows the example file of doc and the pdf file converted form doc. 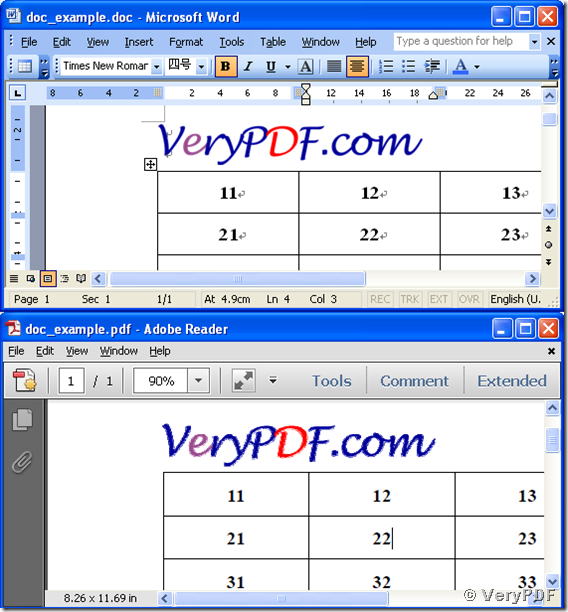 You can follow the similar steps above to convert your documents in xls and ppt formats to pdf.

The method introduced above is converting documents to pdf using docPrint Document Converter as a system printer and you have to edit the document and set the printing parameters before the conversion. The words below will provide another method supporting editing the document in the conversion process.

The follows are the basic steps for converting xls to pdf with editing in process:

2, Follow the menu path “File –> Print …” or use the shortcut key “Ctrl + P” to launch the printing process in your MS Excel application window.

3, Select “docPrint” in the extended combo box and press “OK” button in the popup “Print” dialog window as follow. 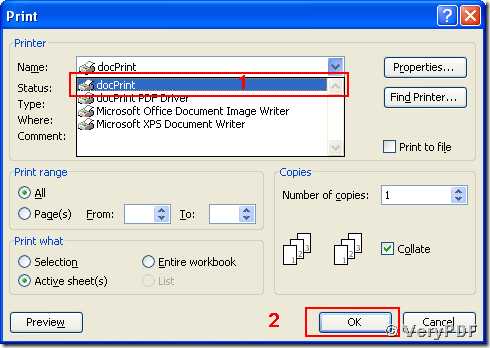 4, You will see a docPrint application window after step 3. In the window, you can modify the layout settings and other parameters before converting the file to pdf. Layout parameters, such as, “Page Border”, “Page Number”, “Start Page”, “Page Margins”, etc, are all customizable in the “Option Settings” dialog. The layout effect is previewed in the docPrint window in real-time, which let you see the final effect before the conversion. The docPrint window is presented in the following window snapshot. 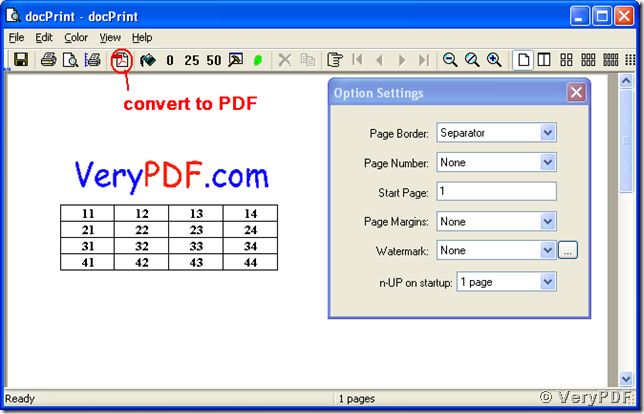 5, Press the circled button (Created PDF) as presented in the snapshot above, and then you will see a “Save as” popup dialog window. The conversion will be completed after specifying the output file path, name, target format and pressing “Save” button in the dialog. The “Save as” dialog and the saving process are similar with those mentioned in Step 4 of converting doc to pdf in the former part of this article.

The docPrint Document Converter supports converting all printable files to pdf, ps, jpg, png, gif, etc. The conversion methods are similar with these in this article. For more function details, please see https://www.verypdf.com/artprint/document-converter/help.htm.