Now we can know something about pptx for the future use. pptx  is file extension name.  It is a combination of XML architecture and ZIP compression for size reduction.File types in PPTX files are also more accessible than those in PPT files. For example, slide notes are accessible as plain text files and slide images are stored as separate image files within the PPTX file. PPTX files can be opened by PowerPoint 2007 or later for Windows, or with PowerPoint 2008 or later for Mac OS X. They are also backwards compatible with previous versions of PowerPoint for Mac and Windows via Open XML component support.

Now I will show you how to finish the convertion.

Now I will show you by pictures. 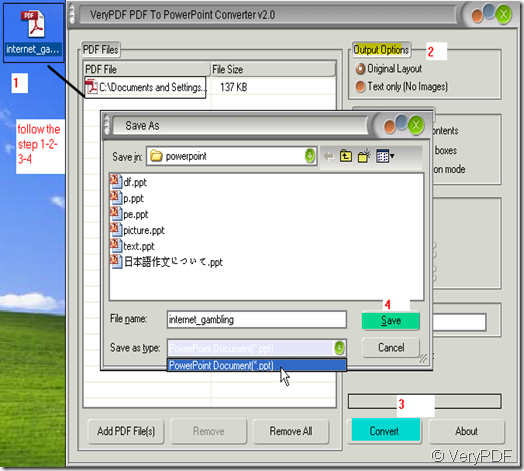