VeryPDF docPrint is a is a Windows printer and document Conversion which can not only save ink, paper and time by controlling printed output, but convert documents including PDF, XLS, DOC, RTF, HTML, CAD etc.  into TIFF, JPEG images as well as other image file formats. It supports Asian language characters including Chinese, Japanese, Thai, Korean, etc.

This article will take six Asian languages for instance to show you how to test this feature.  Look at the following MS Word document as illustrated below, the English ““VeryPDF document converter, document printer, leading document” is translated into six Asian languages namely Chinese, Japanese, Korean, Thai, Urdu, and Tamil. 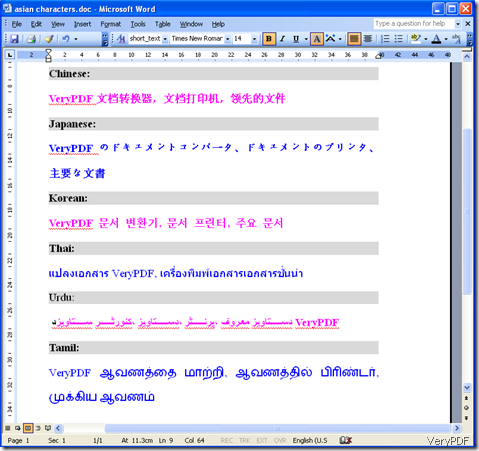 We will take this Word document as a sample to test and check how well do docPrint supports Asian language characters.

Then you will see two dialog boxes: one is the docPrint dialog box , where you can view the  file converted from Word to PDF by docPrint;  the other is Option settings dialog box which is smaller than the former one. Both are illustrated as below: 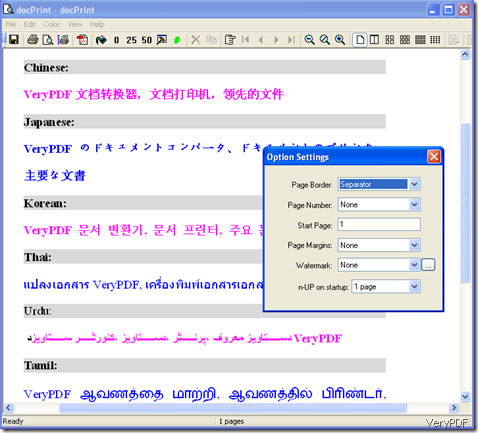 You can add watermarks in Japanese, for instance, to the file by select options in the Option settings dialog box. You can do as follows: 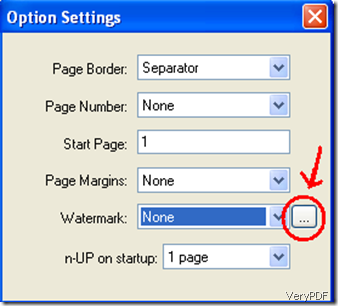 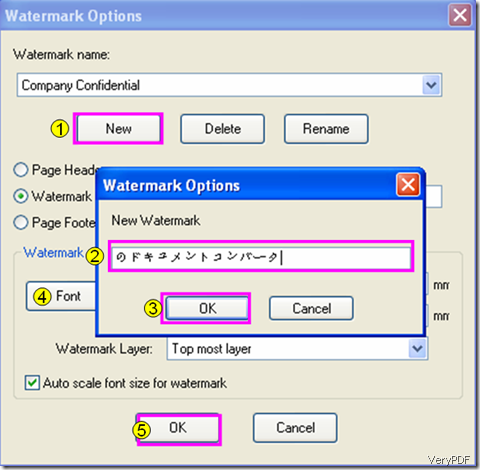 Click File>choose Save As or Save TO PDF /PS/EPS Files to save the output file. 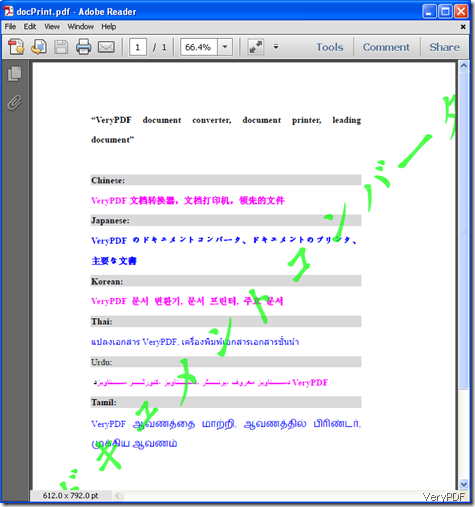