If you don’t know how to set the bit depth when converting html to tga,you will get a lot useful information from Figure1. 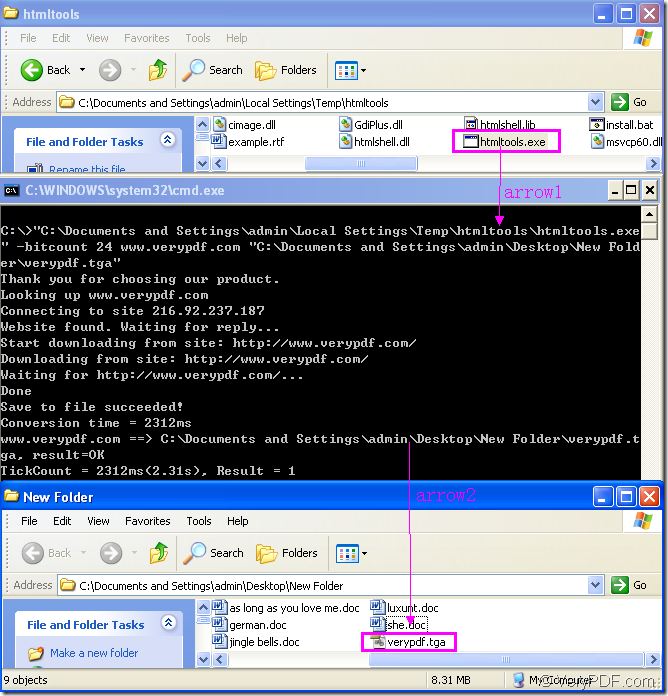 The download website of HTML Converter Command Line is https://www.verypdf.com/htmltools/htmltools.zip. Please unzip the file after downloading it into your computer.

You can input the command line in the second dialog which is the converting platform—cmd.exe dialog box in which you can input many DOS commands to realize different kinds of functions.

The command line must contains called program which is the executable file—htmltools.exe framed by the pink rectangle in the first dialog in Figure1,parameter which is used to set bit depth,source file which needs to be converted and target file which you want to get.The following structure is the basic one you should follow:

htmltools.exe is the called program,you can drag the file into cmd.exe dialog box directly,please see arrow1.

www.verypdf.com is the URL of some webpage,which you should input or copy in cmd.exe dialog box.

According to the directory above arrow2,you will find the target file in the last dialog box after converting html to tga.