Do you want to convert the document of ppt to emf image format? If you do want, which kind of tool application you should take and how to use it? Don’t worry, these problem will be resolved in this article one by one.

There are three applications in docPrint Pro—GUI application, command line application and the virtual printer. The one to be introduced in this article is the virtual printer—docPrint which is not only a Windows printer, but also a powerful document converter.  With docPrint, you can convert your documents from and to 50+ formats easily.

To run docPrint, you should open a ppt document first and click “File”—“Print” to enter the “Print” dialog box in which please choose “docPrint” as current printer in the combo box. Then click “Print” button. Please see Figure1. You can also use the hot key “Ctrl”+ “P” to open this dialog box. If the docPrint is the default printer on your computer, you just need to right click the ppt document and choose “Pirnt” option to run docPrint directly instead of opening the file.

Then you will see a new dialog box named “docPrint”, please see Figure2. In this dialog box, you can use three ways to open “Save As” dialog box in which you can save the target file and run the conversion from ppt to emf. 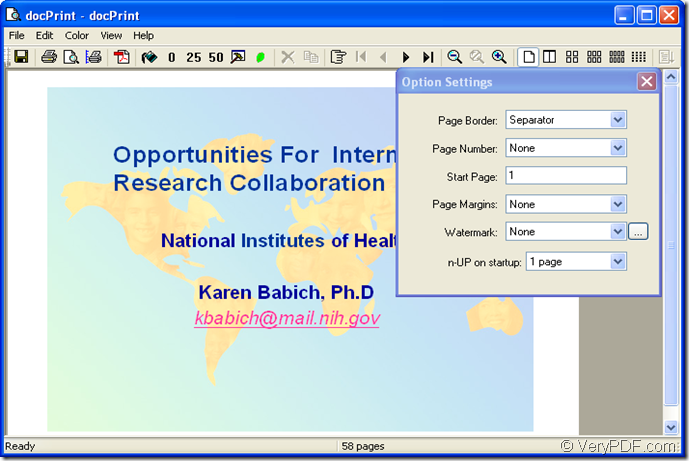 which looks like a floppy disk in the toolbar. You can also use the hot key “Ctrl”+ “S” to open the dialog box, which is a popular way to save files.

In popup “Save As” dialog box showed in Figure3, there are four steps to be done before running the conversion from ppt to emf. (1) Please specify the location for the target file in “Save in” combo box. (2) Edit the name for output EMF image files in “File name” edit box. (3) Choose the right file format for output file in “Save as type” combo box. (4) Click “Save” button to save all the changes. 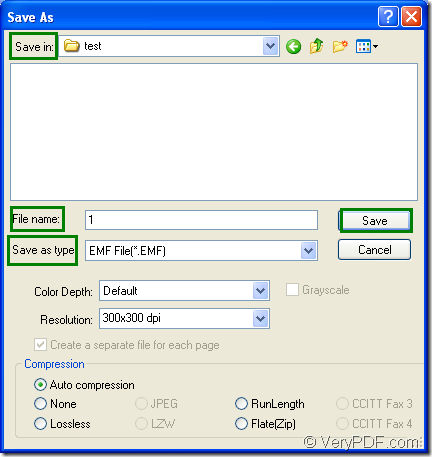 Seconds later, you will get the target file in specified location after the conversion from ppt to emf. The conversion speed depends on the original file size and the computer configuration.