You may want to convert documents of Microsoft Office ppt to jpeg to save each slide by a jpeg image file. But which tool can be used and how to convert ppt to jpeg?

Which tool can be used?

The leading role in this article is one application in docPrint Document Converter Professional—the virtual printer docPrint. docPrint is not only a windows printer, it is also a document converter, it converts any printable document to 50+ graphics. It may be a Microsoft Word file, Adobe PDF file, HTML file, Excel file and others, docPrint supports various image formats, resolutions and compressions.

How to convert ppt to jpeg with docPrint?

The first step is to run the printer driver by clicking “File” and clicking “Print” to open “Print” dialog box in an opened word document. Then choose “docPrint” as current printer in “Name” combo box and click “OK” button at the bottom of the dialog box to continue the work. You can also press “Ctrl”+ “P” to open “Print” dialog box. If docPrint is the default printer on your computer, you can right click the word file and choose “Print” option in dropdown list to run docPrint directly instead of opening the file. 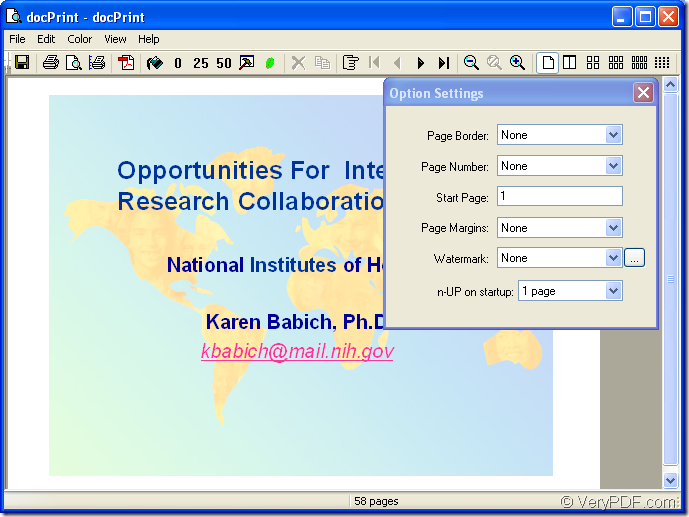 in the toolbar can also be used to open “Save As” dialog box.

The third, also the last step in the conversion of ppt to jpeg, you should complete the whole process via the following operations in “Save As” dialog box showed in Figure2. 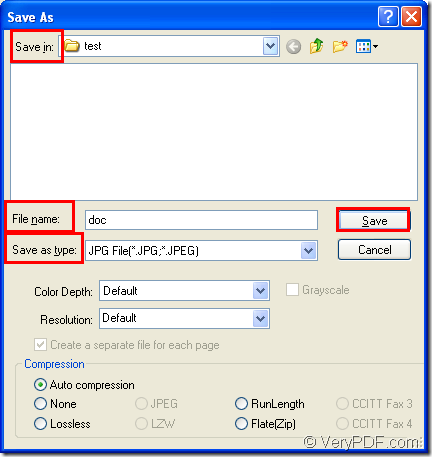 (1) In “Save in” combo box, you can find a suitable location for the target file on your computer.

(2) In “File name” edit box, please input a name for the target file.

(4) Click “Save” button to save the changes you have made and run the conversion.

There will be a green progress bar appearing at the bottom of “docPrint” dialog box, which can remind you the conversion progress. It will be empty again when the conversion of ppt to jpeg is over. Please see the conversion result in Figure3. 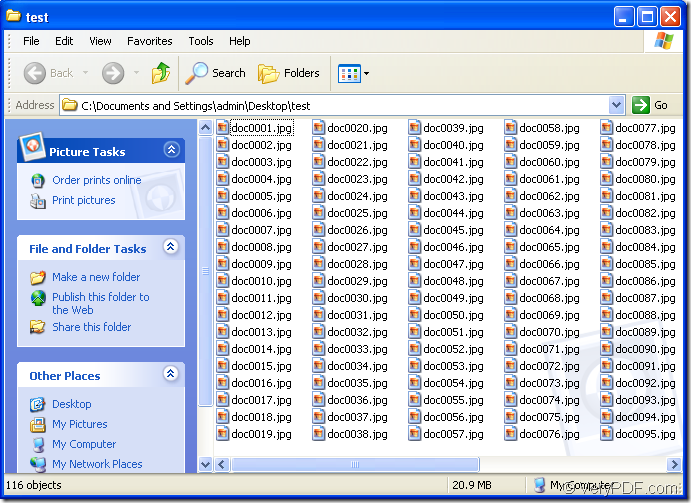 You will see all the slides are converted to jpg images with the same prefix name which is set by you just now and a continuous number from “0001”.

If you want to know more information about docPrint Pro, just visit the website at https://www.verypdf.com/artprint/index.html.