You can see JP2 which is short for JPEG 2000 format file as the next generation of JPEG format file. It has the extension name of .jp2. If you want to convert word to jp2 format file, docPrint will do you a great favor.

docPrint is also a Document Converter, it converts any printable document to 50+ graphics, it may be a Microsoft Word file, Adobe PDF file, HTML file, Excel file and others, docPrint supports various image formats, resolutions and compressions. docPrint is easy-to-use, just print a document to "docPrint", you will be able to start using Document Printer software.

The following contents will give a clear interpretation about converting word to jp2 with docPrint and three steps are required.

Step1. Open the word document first and click “File”—“Print” in dropdown list to open “Print” dialog box showed in Figure1. Then select the current printer as “docPrint” in “Name” combo box and click “OK” button. The hot key “Ctrl”+ “P” is an other good idea to open the dialog box. If you have set docPrint as default printer, you can right click the file and choose “Print” option to run docPrint directly instead of opening the document. 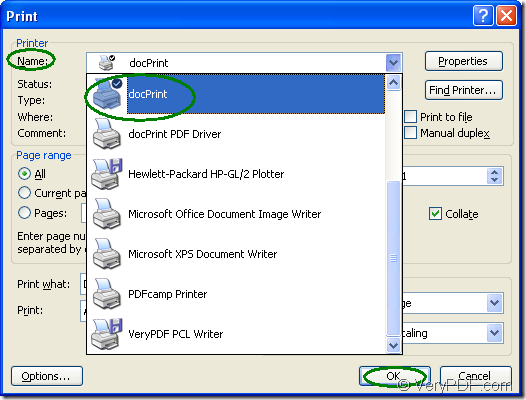 Step2. You should try to open “Save As” dialog box in the popup “docPrint” dialog box. Please see Figure2. You can click “File” and click “Save as” in dropdown list. You can also click “Save file” icon in the toolbar. The hot key “Ctrl”+ “S” is always a quick way to resolve the same problem. 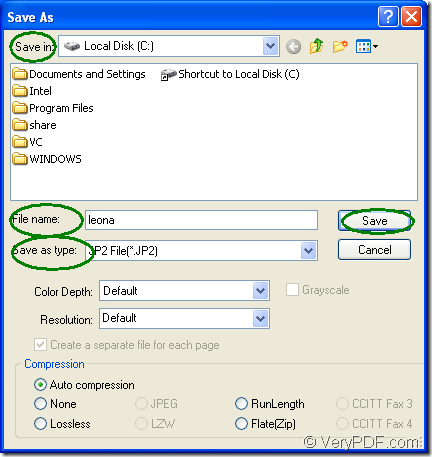 Several seconds later, you can find your target file in the directory you have set after the conversion of word to jp2. You can download the software and try it yourself and you will find the process is joyful.