PCL is a kind of digital printed document created in the Printer Command Language (PCL) page description language. PCL which is used by Hewlett-Packard printers in the 1980s and now used by HP LaserJet printers and others describes the layout of text and graphics for the document.

If you want to convert document of Microsoft Office word to pcl format file, you’d better use a convenient and easy-to-use tool to help you. docPrint Document Converter Professional will be a good choice because it is a software product that dynamically converts MS Office 97/2000/XP/2003/2007, WordPerfect, AutoCAD DWG, PostScript, Adobe Acrobat PDF and many other document types to Adobe Acrobat PDF, PostScript, EPS, XPS, PCL, JPEG, TIFF, PNG, PCX, EMF, WMF, GIF, TGA, PIC, PCD and BMP etc formats. It works in GUI version ,Command Line version and virtual printer. With docPrint Document Converter Professional you can convert your documents from and to 50+ formats easily.

There are two virtual printers in docPrint Document Converter Professional which can be called as docPrint Pro for short. They are docPrint and docPrint PDF driver. The leading role in this article is docPrint which can be seen as a document converter, too. docPrint is easy-to-use, just print a document to docPrint, you will be able to start using document printer software. 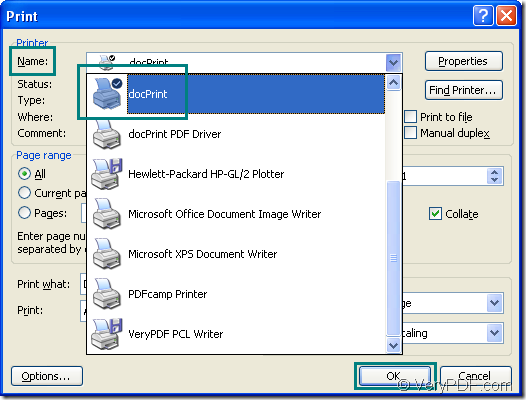 In “docPrint” dialog box showed in Figure2, you should cut to the chase to open “Save As” dialog box if you don’t need to set parameters to the target file. 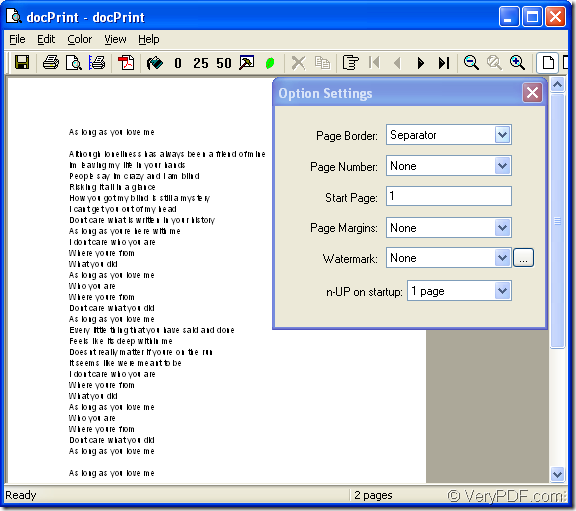 in the toolbar. The third way is to press “Ctrl”+ “S” on your keyboard at the same time.

Then you will see a new dialog box box named “Save As” pops up, please see Figure3. In this dialog box, you can do some changes to the target file and run the whole conversion. 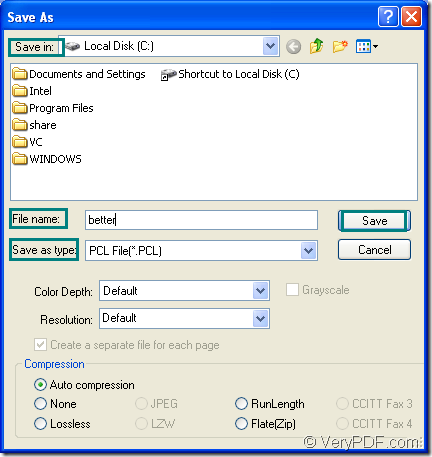 As you can see, the whole conversion of word to pcl is so easy that everyone can master the process in a short time. So just download the docPrint Pro and experience it yourself!

One Reply to “How to convert documents of Microsoft Office Word to PCL?”