The following contents are the specific introduction about the conversion of doc to jp2. If you want to solve this problem urgently, you will get some useful information.

The first step is to run the printer driver. If docPrint is not default printer, you should click “File”—“Print” to open “Print” dialog box in an opened word document. In “Name” combo box, please choose “docPrint” as your printer, then click “OK” button. To open “Print”  dialog box, you can also use the hot key “Ctrl”+ “P”. If docPrint is the default printer, you can directly run docPrint by right clicking the word document and choose “Print” option in the dropdown list.

The second step is to open “Save As” dialog box in “docPrint” dialog box. Please see Figure1. Three methods are given below for your reference and you can use anyone of them. 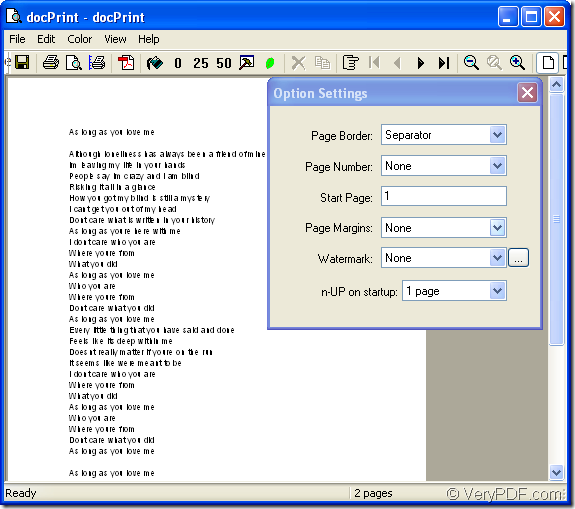 The last step is to save the target file in “Save As” dialog box showed in Figure2. You should do the following operations step by step for completing the whole conversion of doc to jp2. 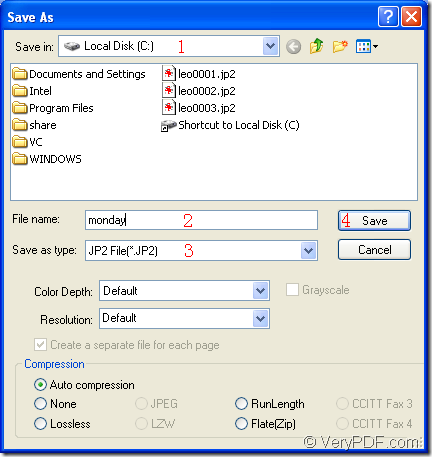 After clicking on “Save” button, the conversion of doc to jp2 will finish in several seconds. You can browse the target file with some kind of image editor such as Adobe Photoshop.

If you want to use docPrint, please download docPrint Document Converter Professional at https://www.verypdf.com/artprint/docprint_pro_setup.exe and you can launch docPrint easily by printing the document to docPrint.