TIFF VS TIF: TIFF stands for Tagged Image File Format. Both .TIFF and .TIF are fine to use. When the older Microsoft file systems were limited to an 8.3 naming convention, the file extension of .TIFF was used. The only issue may be with file associations on Microsoft operating systems is that .TIF is associated and .TIFF isn't.

This article will take three steps to introduce the method to rotate pages and convert HTML to TIFF via one command line. The essential command is -rotate <int>, and it can be used to rotate pages.

You should begin with the step to open the command prompt window. This step will take four steps: Click “Start”; > Click “Run” on the menu that appears on the computer screen; > Enter “cmd” in the “Run” dialog box, > Click “OK”.

The command for page rotation and conversion from HTML to TIFF consist of four factors as illustrated in the following mode.

Factor 2: -rotate <int> ---- the command which can be used to rotate pages. The angle brackets are used to mark the essential content. int means integer. This command permits three parameter values, which are 90, 180, and 270.

-rotate 90 is the command for bit depth setting. It specifies 90 as the angle degree. The number can be replaced by 180 or 270.

Click “Enter” on the keyboard, you can master the computer to batch convert HTML to TIFF files in a second. You can view the effect of the output TIFF files in the selected output folder very soon. If you are interested in the methods of convert HTML to other files, you can also read the related articles at the knowledge base of VeryPDF. The following is the comparison between the original HTML file and the output TIFF file. 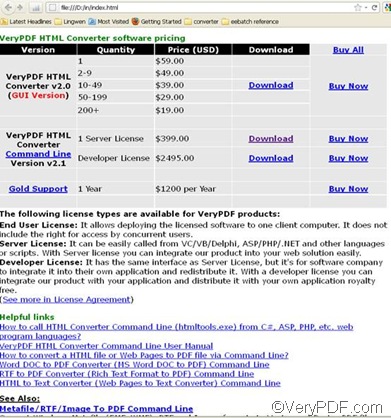 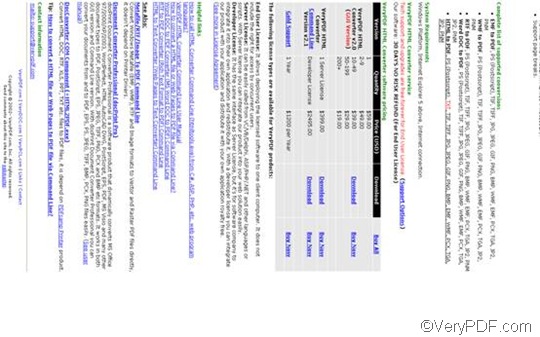