2. Save the web page

Click or Ctrl+Click to follow the HTTP link to open web page, then you can save the web page as HTML format in the following way: click the “File” on the tool bar; > select “Save Page As”; > When the “Save as” dialog box appears, select a directory in the list box; > enter the full file name including the file extension like HTML in the “File name” edit box. > Click the “Save” button. For example, this article saves the web page on disk D and named it in.html. 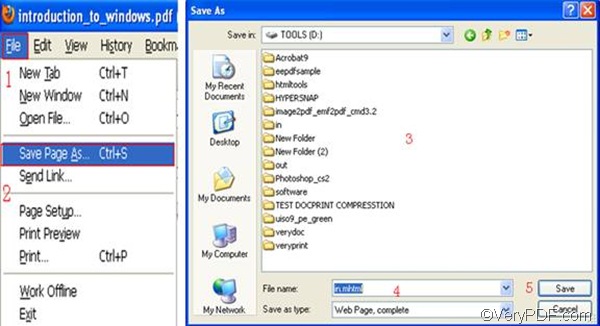 For instance, the following command line can be used to set “pdf producer” as PDF producer and convert HTTP link to PDF. You can substitute the directories of corresponding files in your computer for the directories in the example. You can also change the character string following the command.