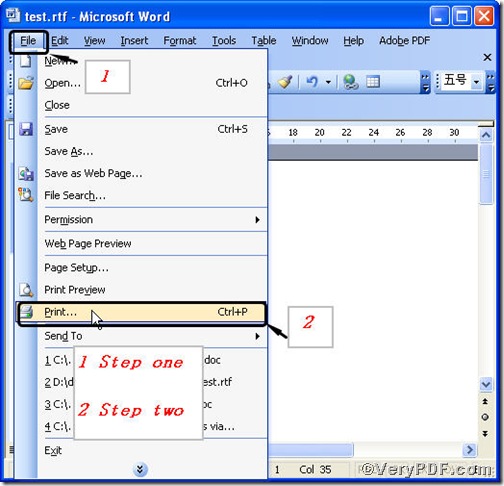 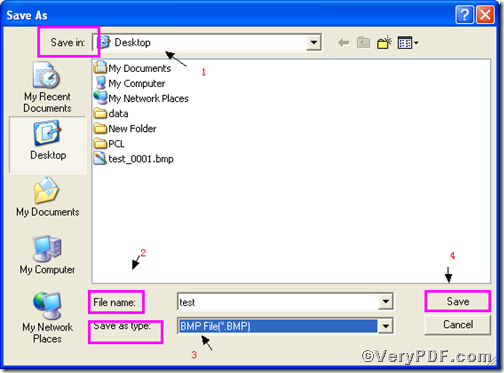 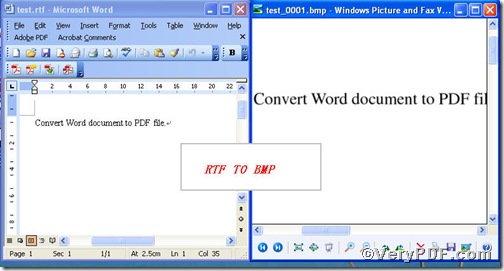 The above picture tells you the printing rtf to bitmap proves to be successful. In general, the docPrint PDF Driver is effective in printing rtf to jpg. If you need more information, please come into live support or visit www.verypdf.com. Once again, having convinced docPrint Document Converter Professional meets your needs, you are strongly encouraged to purchase and register your copy of the software by acquiring a personal unlock key, the demo version has watermark in the generated PDF file.