EMF is the extension name of an image file in graphic format of Enhanced MetaFile. It is an upgraded version of the format WMF (Windows MetaFile). WMF is an image storing format initially designed for Microsoft Windows operating systems, which is dependent on the Windows Graphics Device Interface. WMF format natively supports the applications of Microsoft Office. The color depth is 16-bit and digital images are stored in vector mode while the new version, EMF, has a color depth of 32-bit.

A html document can be converted to image in emf format with the VeryPDF HTML Converter Command Line. Here is brief introduction of converting a document of html to emf image. In your MS-DOS command prompt window, please type these commands after the prompt character “>” and then hit the Enter key:

Here is the record of the process in the screen snapshot:

The another snapshot shows the displaying effect of the image converted from html to emf, on PC: 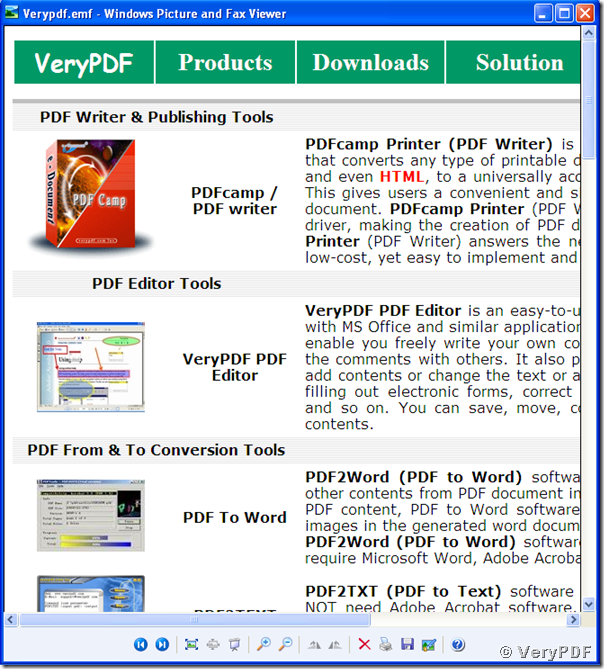 The default resolution for converted emf image is 108 dpi for this case, and the width and height of the image are dependent on the original html document. The last snapshot is from the property information window of the image converted from html to emf: 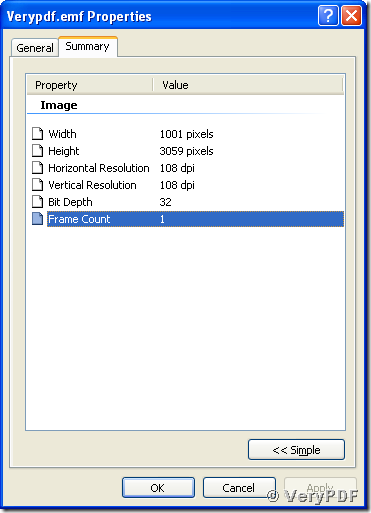