It is not a difficult task to convert ppt to pgm format files if you can take docPrint Document Converter Professional which is also called as docPrint Pro for short as the tool. With three applications in docPrint Pro, you can do the conversion perfectly only by one of them.

docPrint is not only a simple Windows printer, but also a powerful document converter. You just need to print the printable document into docPrint, then you can launch it and run the conversion.

To use docPrint, you should download docPrint Pro at https://www.verypdf.com/artprint/docprint_pro_setup.exe and install it into your computer. In the end of the installation, the wizard will remind you whether to set docPrint as default printer. Of course “YES” is recommended in the conversion from ppt to pgm.

Please follow the steps below to convert ppt to pgm.

2. In popup “docPrint” dialog box showed in Figure1, there are several icons in the toolbar and a small dialog box called “Option Settings” on the right. If you want to convert ppt to pgm only without adding any parameters, you can close the small dialog box and use the methods offered below to open “Save As” dialog box, via which you can complete the conversion. You can click “File” and click “Save as” in dropdown list. Or click the “Save File” icon which looks like a floppy disk in the toolbar. You can also use the hot key “Ctrl”+ “S”. 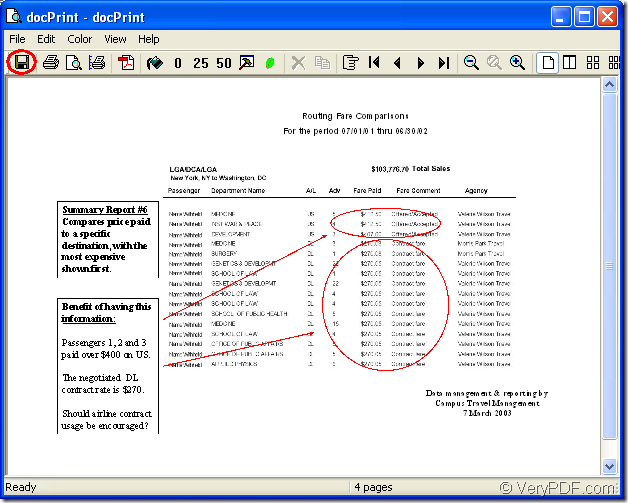 3. You will see “Save As” dialog box at once. Please see it in Figure2. This dialog box is the last one in the conversion from ppt to pgm. You should specify the directory for the target files in “Save in” combo box. In “File name” edit box, you can name the target file freely. The output format must be chosen in “Save as type” combo box. At last, please click “Save” button to save all the changes. 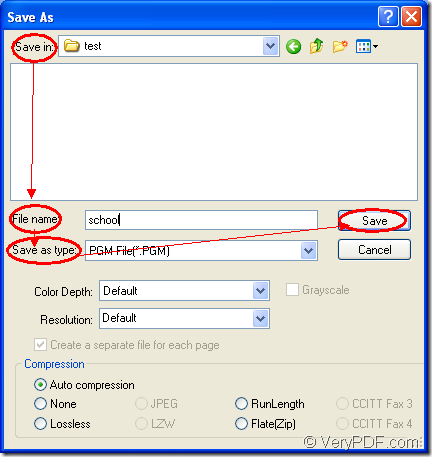