It will be only three steps to fulfill the conversion of doc to jbig or docx to jbig.

One application of docPrint Pro is docPrint which is a virtual printer, with which you can save ink and paper, you can also convert any printable document to 50+ graphics, it may be a Microsoft Word file, Adobe PDF file, HTML file, Excel file and others. JBIG is one of the supported output file format. So converting doc to jbig is a small case to docPrint.

Please follow the contents below to convert doc to jbig. It will be an easy process that you can do it very well.

1. Please run the printer driver via the following ways.

If docPrint is the default printer on your computer, you should

If not, you can

In popup “docPrint” dialog box showed in Figure1, you can use the following methods to open “Save As” dialog box. You can offer some good idea if you have. 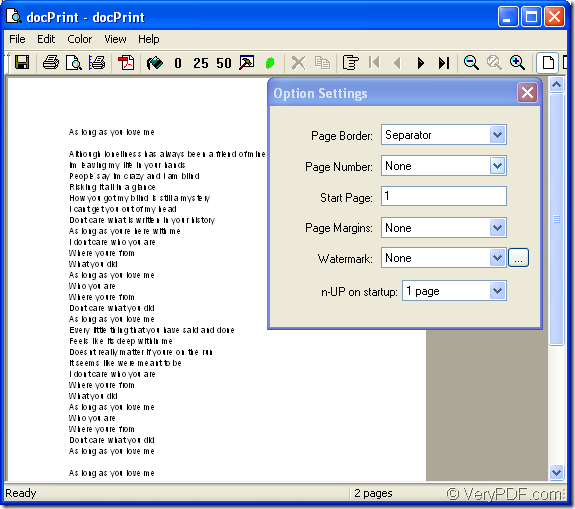 3. Save target file in “Save As” dialog box 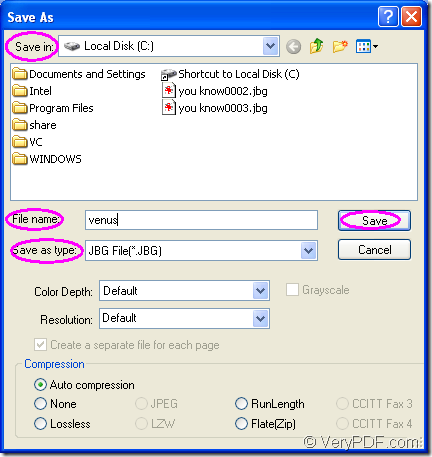 There are also two other applications in docPrint Pro—GUI application which is good at batch conversion and command line application which is more used by software designers. If you want to use docPrint, please download docPrint Pro at https://www.verypdf.com/artprint/docprint_pro_setup.exe.  If you want to use docPrint without GUI and command line, you can download the standard version of docPrint at https://www.verypdf.com/artprint/docprint_setup.exe. Of course, its price will be cheaper than the Pro one.