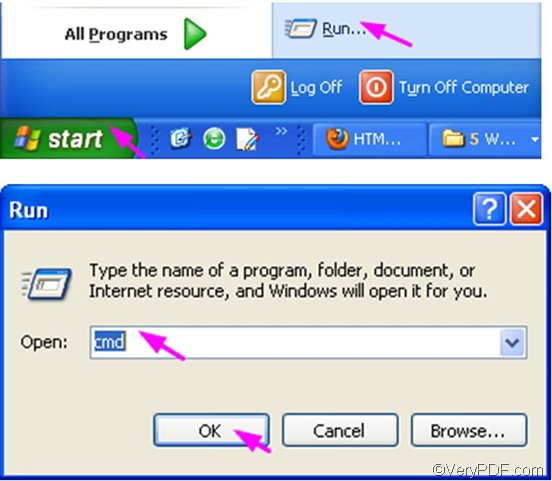 For example, the command line as follows can be used to edit PDF subject and convert a MHTML file on disk C to a PDF file o disk D. You can substitute the directories on your computer for the example directories.

The following illustrates the above command line in the command prompt window.