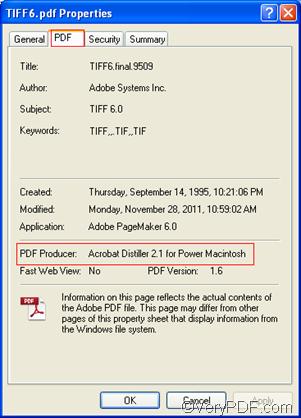 This article aims to show how to set PDF producer when convert HTML to PDF via command line. You may need to take three steps to solve this problem. And the document converter you are recommended to use is VeryPDF HTML Converter Command Line, which you can download by clicking VeryPDF HTML Converter Command Line . After you install it in your computer, you can start from the first step.

The last step is quite simple, you can just press “Enter” on the keyboard to let the computer set PDF producer and batch convert HTML to PDF in batch. When you see “result =OK” displayed in the command prompt window, it means that one file has been converted from HTML to PDF. Then you can view the PDF producer in the Properties dialog box as illustrated below. 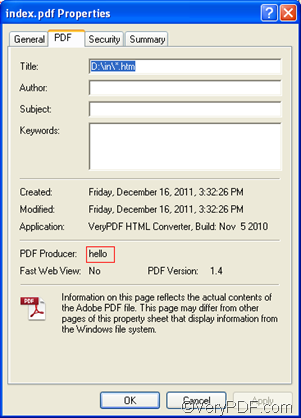