I want to forward all the jobs from one printer to another on Windows XP, Vista, 7, 8 systems, is this possible? The scenario would be any print job printed on one would also be printed on the other in a chained fashion.

To the best of my knowledge, this kind of setup is not possible with the native Windows print spooler. You'll have to get fancy to accomplish this.

You can also write an email to VeryPDF and require a trial version for docPrint Pro v7.0 software,

VeryPDF docPrint Pro v7.0 has two methods to redirect/forward print jobs from one printer to another printer,

Method 1: User Print a document to docPrint first, docPrint will redirect this document to another Windows Printer or network printer again. 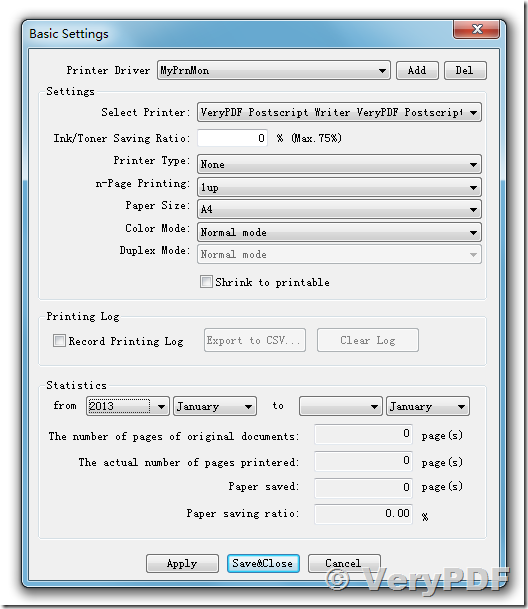 After you set the options, click "Save&Close" button to close this dialog, when a user print a document to docPrint, docPrint will redirect the print job to predefined printer properly.

You can run following command line to set HookPrinter options, 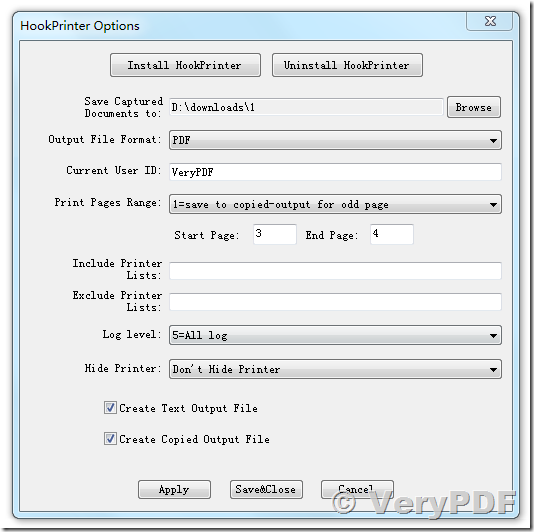