I am querying about the Hookprinter which intercept data which is sent to a printer. Can you please let me know how it works exactly please? Does the print job passes through the hookprinter to be manipulated or does it simply sniffs raw data sent to the printer?

VeryPDF has a docPrint Pro product, docPrint Pro product does support both "-hookprinter" and "-forwardprinter" two options. "-hookprinter" option will capture everything that you sent to any Windows Printer, it works 100% same as HookPrinter SDK product. However, if you just want to print a document to docPrint first, and then forward to other printers, you can use "-forwardprinter" option, for example, 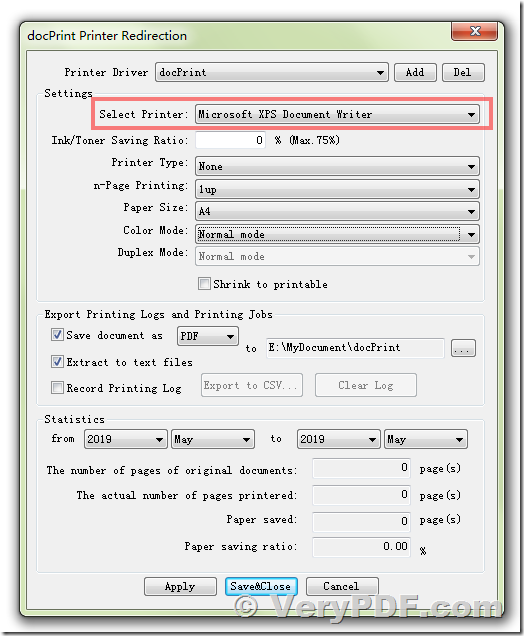 After you set the options, click "Save&Close" button to close the setting dialog, when an user print a document to docPrint, docPrint will process the print job first, and then redirect the print job to predefined printer (or associated printer) automatically.

"-hookprinter" and "-forwardprinter" are two total different printer capture and forwarding methods, you can choose either one according to your requirements.