PostScript is described as a page description language and was developed by Adobe in 1984 and continues to be used on high volume printers, typesetting equipment and optionally on many mid size devices. It also had a brief foray into use as a display language on the Next systems. PostScript is a fully-fledged programming language and offers and extraordinary level of flexibility in the printing process. PostScript files can be easily converted to PDF files using Adobe Acrobat or even viewed using tools like GhostScript. This article is going to introduce the usage of docPrint Document Converter Professional. It has two divisions; one is docPrint, the other is docPrint PDF Driver. In the below part, the VeryPDF.com focuses the later one, docPrint PDF Driver and tells you how to print txt to ps file. docPrint Document Converter Professional is a software product that dynamically converts MS Office 97/2000/XP/2003/2007, WordPerfect, AutoCAD DWG, PostScript, Adobe Acrobat PDF and many other document types to Adobe Acrobat PDF, PostScript, EPS, XPS, PCL, JPEG, TIFF, PNG, PCX, EMF, WMF, GIF, TGA, PIC, PCD and BMP format. 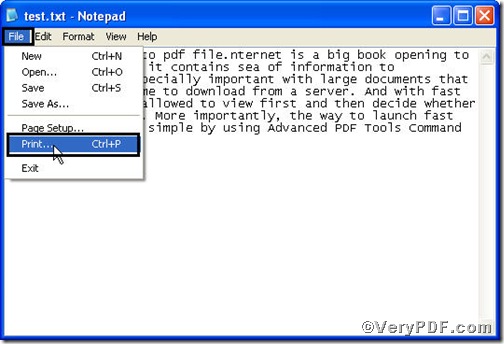 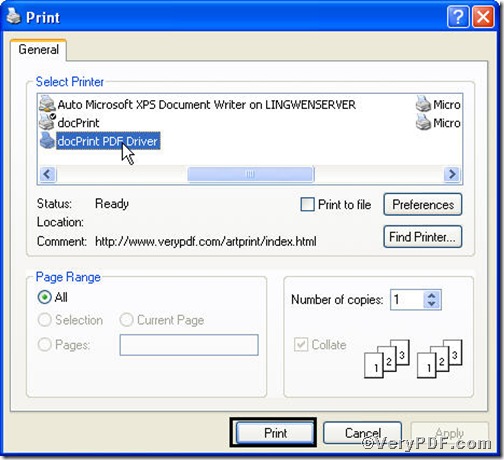 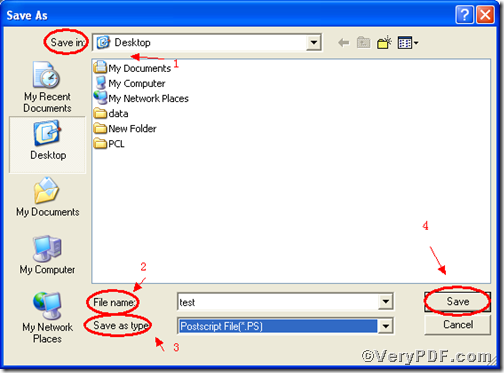 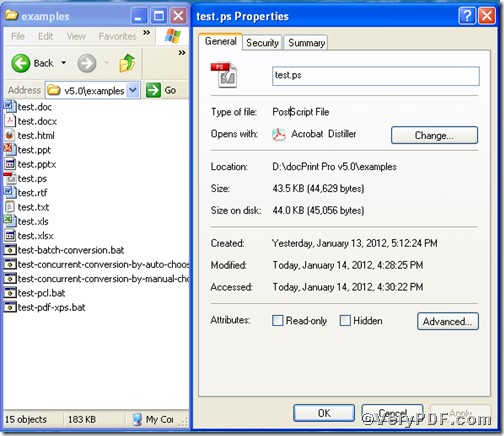 The above picture tells you the printing txt to ps proves to be successful. In general, the docPrint PDF Driver is effective in printing txt to ps. If you need more information, please come into live support or visit www.verypdf.com. Once again, having convinced docPrint Document Converter Professional meets your needs, you are strongly encouraged to purchase and register your copy of the software by acquiring a personal unlock key, the demo version has watermark in the generated PDF file.